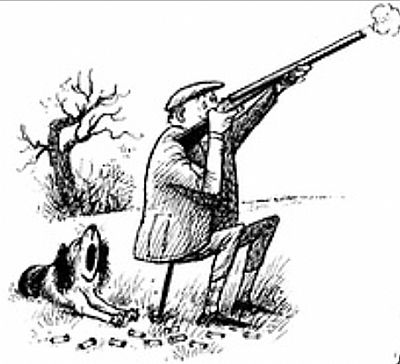 In February 1921 a Colonel Rutherford of Kiplin, near Darlington (and sometimes of Villa Albany, Cannes) responded to the sporting opportunities on Murthly estate circulated by PD Malloch of Perth.

He would take the Murthly Castle Shooting and Fishings from August to November: for £2,750. The first time the castle had been let in the Steuart Fothringham era.

In April there began a long exchange of letters between the Colonel and Factor Rae as the former sought assurances on everything from laundry facilities (cannot get domestic help locally for love nor ready money these days) to the availability of newspapers. (There is no better Scottish paper than the Scotsman which, along with any other newspaper ,is best ordered from Menzie & Co.'s bookstall at Perth station, and it will be delivered on the morning train to Murthly.) He was also assured that, yes, the writ of the Royal Mail ran in Scotland: there was indeed a regular postal service, with delivery to the castle around 9 am, and a collection at 12.15; and even a second delivery and collection, at 5.15. The Colonel agreed to Love & Son of Perth taking an inventory before his occupation of the castle and another on departure, sharing costs equally with the proprietor. He rather puzzled Rae by asking for deferred payment terms on the rentl. 'Believe me the request is most unusual, even in the case of long leases we always get payment in full on 1st August'. Although some compromise was agreed as the accounts show Rutherford making two payments: £1,500 in August and £1,250 in October.

By late July, Rutherford was still worried about the lack of a laundress, so digs had to be found for laundry maids, who would be sent on ahead of his party. Mrs Keay, wife of the under keeper and boatman, would move into two rooms in The Arch freeing up her house for the maids. 'Of course she does not supply Bed nor Table linen nor fire nor light, but these are small matters and presumably the maids would bring their own bedlinen'.

Rae's letters to everyone generally ended with some worry about the weather, but he was relatively jocose about conditions in those early summer months. Yet it turned out a fairly miserable autumn for sportsmen. Nevertheless, that cut Rutherford and party no slack when he wrote to P D Malloch reporting the game bag at the end of the season.

The Rutherford shooting party had proved pretty inept. 'The Sportsmen were generally speaking poor shots, which has kept the bag far lower than it should have been.' Something that could reflect badly on the estate for next season. A a competent shot would look at the 1921 count for grouse of less than 900 brace as a very poor return for four months, and assume the proprietor had not kept the moor as he should. (In 1914, when war collided with the start of the season and the tenant had been recalled to his ship, Rae had thought the moor at Loch Kennard 'lightly shot' at 1,000 brace.) In addition, the Rutherfords had managed to let hundreds of pheasants survive until winter, killing only 379. They were even more kind-hearted with duck and teal, killing less than 100, when 250 had been reared over and above the wild stock. And so it went on. Fewer than 450 brace of partridges 'when at least 600 brace should have been got’; only 46 capercailzie, 43 snipe and 35 woodcock. The keepers  must have had a hard time keeping a straight face. Interestingly, the numbers of hares (590) and rabbits (179) shot appear excessive by today's standards, particularly the former which is probably 590% more hares than many of us will see in a year.

Poor shots and poor payers. Mrs Rutherford had reneged on her final bill for dairy produce and firewood. So he had added the difference (£16 15/-) to the Colonel's deficiences account. (Love's had reported breakages amounting to £17 18/10d.) Months passed. Rae was left whistling for payment by the end of the year, meaning he could not square his accounts. Bad form.

'He is bar none the most miserable specimen of a Sporting Tenant I have ever had anything to do with. I now leave him to your tender mercies.'