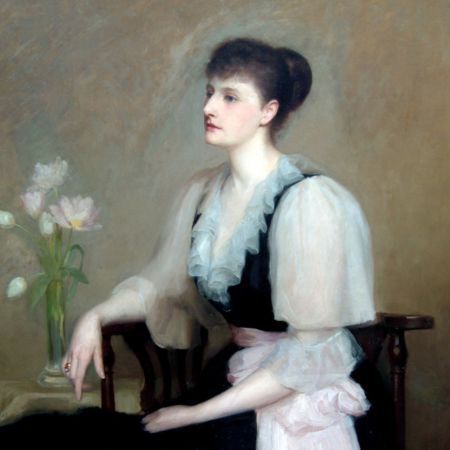 The doyenne of early 20th century Scottish poets, Violet Jacob (1863 – 1946) wrote mostly, extensively, of her “ain countrie” – Angus – in the vernacular. Thanks to her peripatetic life as a soldier’s wife, with postings to India, Egypt and South Africa, she also wrote, in English, poems of life abroad. Very few of her works have a Perthshire setting, however. “Rohallion” is one; and one of her most popular poems of exile.

Jacob was born Violet Augusta Kennedy-Erskine in the House of Dun near Montrose. Her father was the 19th laird. So, landed gentry then. Actually a bit more than as her great grandfather was William IV who, while Duke of Clarence, fathered ten illegitimate children with his mistress, Irish actress Dorothea Jordan. Irish genes won over the Hanoverian, blessedly, and one can see in the few published images and photographs that she rivalled her great grandmother in beauty.

There is a line of Scottish women poets and song writers hailing from aristocratic and landed families who chose to write in Scots. Growing up on the Dun estate, never sent away to school, Violet was “aye in an’ oot amo’ the ploomen’s feet”. Her daily routines often mixed with those of the ploughmen, hinds, and their families, and she naturally absorbed their stories and ballad traditions. (Much like the young Scott recuperating at his grandparents’ farm in the Borders.) Nevertheless, she was a Kennedy-Erskine and her bestie was Lady Helena Mariota Carnegie (1865 – 1943) daughter of James, 9th Earl of Southesk. Together they collaborated on a book for children, The Infant Moralist (Robert Grant & Sons, Edinburgh, 1903). 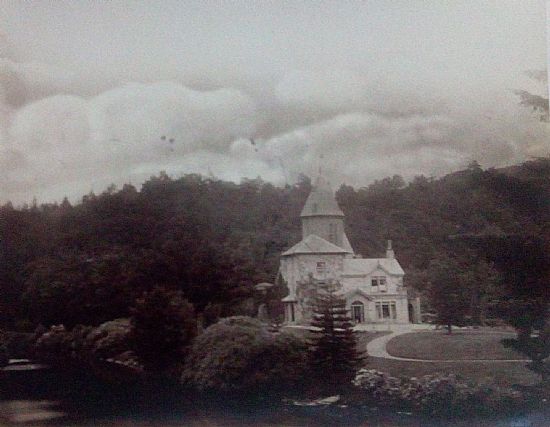 In 1917, Lady Helena, who never married and latterly had been looking after her mother at Leys Castle near Inverness, found herself comfortably off when her mother died, but homeless. Her cousin, Colonel Walter Steuart-Fothringham of Grandtully and Murthly saw to it that she should have life-rent of Rohallion Lodge nestling in the shadow of Birnam Hill, and the fishing on its loch. A full repair and renewal lease, with the estate also paying rates and taxes. For 1/- a year, “which the tenant binds herself to pay, if asked only.” (Steuart-Fothringham’s generosity is even more remarkable given that Rohallion had previously been let as a shooting lodge bringing in £500 per annum.)

Violet Jacob published “Rohallion” in Two New Poems, 1924, as a contribution to the Porpoise Press’ broadsheet series of new verse. In a limited edition of 50 copies printed on handmade paper, with illustrations by A. Mason Trotter. We do not know how often she stayed at the lodge. However, it seems from an exchange of letters with the publisher that Jacob almost wrote it to order, to meet a deadline and so be included in the series.

Ma buits are at rest on the midden

I haena a plack;

And waur at the back;

On the road that comes oot o’ the Hielands

I see as I trayvel the airth

Frae the braes at the back o’ Rohallion

In the neuk o’ Strathtay;

Ma mither is bakin’ the bannocks,

The weans are at play;

Looks doon for a blink o’ the licht

When he gethers the yowes at the shieling

Tae fauld them at nicht.

There isna a hoose that could haud me

When the wind frae o’ Rohallion

And niver a lowe frae the ingle

O’ the stars I’ the loch o’ Rohallion

A fitstep o’ mine.

There’s snaw I’ the wind, and the weepies

Hang deid on the shaw,

An’ pale the leaves left on the rowan,

Ma lad ye’ll be back.